Sample PR Letter to send to your local paper

Peggy Gaffney has not received any gifts yet The first in the series of Kate Killoy mysteries.

Marketing directly to those who want your book

To Market To Market

This last weekend I was invited to travel to  Harrisburg, PA to attend the Mid-Atlantic Alpaca Breeders Association MACAPA Jubilee. This was a gathering where the owners of 1,000 alpaca got together to show their animals in 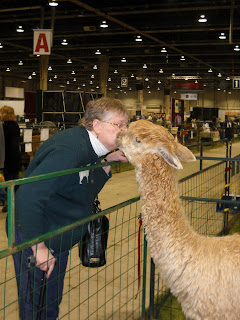 competition, to have fun with costume contests, to… 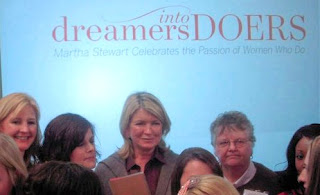 Peggy talks to Martha Stewart about The Crafty Llama and Alpaca Knits during a photo shoot.…

Here is a book trailer for my latest book. I hope you like it.

Are you an author, publisher or future writer?
Peggy Gaffney has created a unique line with her Crafty Dog Knits books, published by Kanine Knits, for talented and crafty dog lovers. Taking a single breed, she writes about all that makes the dog distinctive and then creates a series of portraits of the dogs in knitting as knitting charts to be worked into sweaters and accessories. She has over 40 years showing Samoyeds and 15 years as a professional knitting designer of custom sweaters to be proudly worn by owners of top winning dogs.

Peggy creates books and patterns for knitters who love their dogs, has five books in The Crafty Dog Knits series and more than 100 different breeds in her Portraits of Dogs in Knitting Pattern Series. All are available from publisher Kanine Knits. This gave her vast experience in the world of self-publishing. With Do It Yourself Publishing Nonfiction in Your Spare Time, she’s created a step-by-step guide to make it easier for other authors do it themselves. She is also a speaker, teacher and workshop instructor.

My Books..
MY FICTION - SUSPENSE FOR THE DOG LOVER

Peggy Gaffney left a comment for Stevie Z Fischer
"Welcome. There is a meeting at the Avon Senior Center on Saturday morning at 10:30 of CAPA."
May 16, 2019

Marketing books ‘Outside the Box’
2400 of my closest friends

When it comes to marketing my books, I try to think outside the box. So it happened that I got the idea to try to sell my The Crafty Dog Knits series of books on QVC. Now QVC and the Home Shopping Network are constantly looking for products to sell and I, of course, thought that my knitting books would be just the ticket. So, when the opportunity presented itself, I was off and running

The first I heard about the chance to market to them when on one of the many mailing list to which I subscribe they mentioned that QVC was coming to New York and wanted to meet with various entrepreneurs. They gave a date for applying to be pre-screened. I marked it on the calendar and on that morning, I logged in and filled out the form. When I heard back that I had been given an appointment to present my products, I was delighted.

On the big day, drove to New Haven, hopped the Metro-North into New York City with my books and sample sweaters, took the subway over to the appropriate stop, only being panhandled for “lunch money” once and, though knowing that I was thirty minutes early, walked to the hotel where the appointment was scheduled. I figured that I’d go in and wait a few minutes since I had a late morning appointment that was scheduled to be between 10 and noon.

When I got there, I saw the line. It came out the door of the hotel and went half way down the block. I naively walked up to tell the officials that I had an eleven o’clock appointment and asked where I should go. Reality hit big time when I was told that I was in the right place and this was the line for my time slot.

Well, if you ever want to get to know complete strangers really well, stand in line with them for five hours. Luckily, it wasn’t too cold or rainy. By the time I got near the door of the hotel, the line stretched to the end of the block and I was told it was working its way down the side street.

Now most people who are forced to stand in line for large chunks of their day tend to get grumpy, but not entrepreneurs seeking the QVC dream. I have never been surrounded by so many positive people. There was the guy with the fancy hand-carved cat gym, the guy who’d flown in from Pennsylvania to talk about his special gizmo for little league dugouts, the four ladies from Connecticut who had a line of maternity clothes and once the line moved indoors, took turns going to the ladies room to put on their fake “pregnant bellies” to make the clothing look appropriate. It seemed everyone in the country and some from as far away as Hong Kong stood in line patiently waiting for their chance to make their pitch.

This is the perfect way to study people. I talked to the people in front of me, the people behind, the people next to me who were standing in each of the parallel lines that snaked back and fourth throughout the lobby and chatted with the QVC officials who came through with words of encouragement and paperwork instructions. These officials were charming and encouraging and left everyone feeling good. This isn’t an easy task considering the number of hours that we have all been standing.

Then, at last I got to take the big freight elevator up to the fourth floor to where the interviews would be held. At last, I thought and checked my paperwork again. When the doors of the elevator opened, I saw that there were as many people up here as down below. The lines stretched from one end of a ballroom to the other, eight times over.

My charming neighbors in line, these new best friends and I finally reached the front of the line, about four o’clock in the afternoon. I could see hundreds of tables that filled the ballroom. Each person was assigned a table, depending on the type of product he had and the buyers for each type of product would work one area. I was asked what I wished to present and when I told them, there was only a slight pause and raised eyebrow before they cheerful sent me to my spot, a table three quarters of the way across the ballroom.

I was told I would have ten minutes to set up and 15 minutes to give my pitch. So I spread my sweaters on the table, put my two books that I had in the series at the time on display, one for the Samoyed and the one for the Lab and spread out my patterns. When the QVC buyer came by, I handed her my packet. It spelled out what the books were about, how many were planned for the series, the possible creation of a line of knitting kits based on the breed patterns, and generally sold my little heart out. Well, the buyer was lovely. Her grandfather had owned a Samoyed so she was familiar with the breed. She loved the books and patterns and said that it was something that QVC would definitely consider, however, she pointed out that the company only selected 10% of the products presented and that there were over 2400 people presenting today. She said that she really loved my stuff and that I’d be hearing from them.

Well, I cheerfully went off to attend a woman’s marketing convention sponsored by the group who first let me know about the QVC day. I heard Hillary and Susie Orman speak and heard the stories of women who had become millionaires with an idea and determination. I grabbed a quick bite to eat at the buffet and then since it was late and I wanted to get back home before it was midnight, I retraced my route and traveled back home.

About a month later I heard from QVC that though they liked what I had, they would not be purchasing my books for this selling season and to please feel free to apply again some time in the future. I might just do that, when my memory of that line and the pain in my feet both fade. It was an adventure and a lesson in what the Great American Dream is all about.

Note: Peggy is now the author of eight books with many more in the works.

Tido H. Holtkamp said…
Peggy, for your brag board:
Tido Holtkamp has sold out the first edition of his book "A Perfect Lady - A Pictorial History of the U.S. Coast Guard Barque Eagle" and has been eagerly awaiting the books from the second printing. He has developed a very attractive "Book Talk" presentation of over one hour and has lined up a number of such presentations for the coming months. All he needs is more books.

Kimberley Linstruth-Beckom said…
Your "Marketing Books Outside the Box" story was very inspiring to me. It's a great idea to think "outside the box" when it comes to books sales. I think I can learn a lot from this group and I want to thank you for approving my membership.

AMES K. SWARTSFAGER said…
Hi Peggy.
I liked your story of your attempt to sell via TV. I have another idea. Go international. In England there are lots of Englisg Cocker Spaniels and they knit a lot. Yes, you're correct. Just trying to get my dog Aubrey to pose for you. Ames

Dawn Aldrich said…
Hi Peggy,
How do I get my book Auntie's House on the CAPA listing?

Felix Frederick Giordano said…
Thank you very much for the welcome Peggy. I am looking forward to my association with CAPA.

Rosemary Harris said…
Hi Peggy,
I hope I know how to do it..I haven't been here much!